Bokaro City or Bokaro Steel City, as is commonly referred, is a major industrial centre in the Indian state of Jharkhand located in the eastern region of the country. Bokaro Steel City is the headquarters of Bokaro district which came into being in 1991 by carving out two blocks from Dhanbad district and six blocks from Giridih district. Being the fourth largest city of the state, Bokaro is the most important industrialized zone in India with several large, medium and small industries. 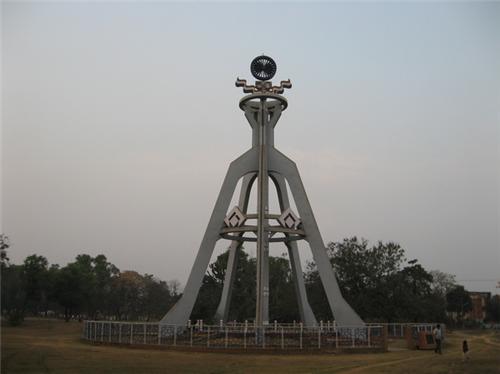 As of 2011 India census, while Bokaro Steel City had a population of 563,417 the district Bokaro with population of about 2 million ranked amongst the lading district in term of population growth. The name has originated from a river in the west side of the district. The region is rich in natural resources like coal, manganese and other raw materials.

Bokaro is famous for its steel plant and well-planned and systematic township. Urban intrastructure of the city is at par with many modern cities of the nation. Bokaro city is one of the three headquarters of the Police IG zone along with Ranchi and Dumka, covering seven districts i.e. Dhanbad, Hazaribagh, Koderma, Giridih, Chatra, Bokaro and Ramgarh. The district is, at present, a part of the Red Corridor. The Chief Executive of the district is the Deputy Commissioner. Bokaro is a popular tourist destination for people belonging to the Eastern region and abroad. Many ancient temples and places are a part of this city. Bokaro, with a cosmopolitan culture and strong multi-dimensional economic base, has risen to become a regional urban center for lakhs of people drawn from various parts across the country.

Geography and Climate of Bokaro

Bokaro is situated in the eastern region of India at 23.29°N 86.09°E. It is located on the southern bank of Damodar river with one of its tributaries meandering along the southern and eastern bounds of the city. The district has a maze of valleys and sub-valleys formed by the river and its tributaries. The river is an important source of water for the industries and new townships which are located along the banks of the river. On the North, the city is enfolded by the high ranges of Parasnath hills and Satanpura hillocks, creating a panoramic landscape to view. Bokaro experiences tropic monsoon and hence, enjoys a tropical climate. Winter, summer and monsoons are dry and cold with a maximum temperature of around 28°C and a minimum temperature of 4°C to 6°C. The summers have a hot and humid climate while heavy showers mark the arrival of monsoons. 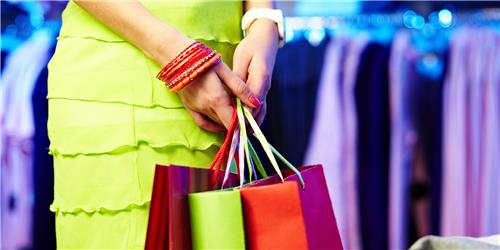 If you are of the opinion that this part of the city lacks in terms of shopping venues then you are wrong. The city with its evergreen and bursting market has everything to attract the visitors. If you are looking for traditional items then it is wise to visit Chas which is one of the best known market in the city and district. City Center Market at Sector IV is a prime destination for shopping. Located amidst the town it is best place to shop for traditional and modern day wear. You can find showrooms of many famous brands in this part of the city. Ram Mandir at Sector I is also one of the famous market but certainly limited in terms of options compared to other markets of the town.

Art and Culture of Bokaro

Bokaro city has a culture that reflects the rich and indigenous traditions and beliefs of the people. The festivals are celebrated with immense enthusiasm in this district and the main festivals here are Sarhul, Sohrai, Badna, Tusu, Karma, Eid, Holi, Chhath Puja, Dussehra, Diwali, Christmas and others. Songs and different dance forms are an integral part of the celebrations.

Though a small city but Bokaro has many interesting places and religious places to visit, that not attracts people from other parts of the country but also from abroad. The several places of interests including the Steel Plant, Garga Dam, Parasnath hills, Jawarharlal Nehru Biological Park, Tenu Ghat City Park, Jagannath Temple and more. Tourism in Bokaro assures a memorable experience full of enjoyment and serenity. Bokaro district is well connected to other major cities via roadways.

Bokaro is well-connected to major cities by road and rail. By rail Bokaro connects with cities like Kolkata, Durg, Delhi, Hyderabad, Mumbai, Surat, Coimbatore, Amritsar, Lucknow, Visakhapatnam, Varanasi, Patna and others. Bokaro Steel City is situated 12 km from the city centre and is the main station of the city. It is under the administration of the South Eastern Railway Zone of Indian Railways. The station is a stop for all mail and express trains including Shatabdi Express, Rajdhani Express and Jan Shatabdi Express. The other stations within the city limit are Radhagaon, Tupkadih, Ispatnagar, Chas and Chandrapura. By road, the options are unlimited. From government buses, private and Volvo buses, private cars, taxi facilities, all modes of transport are available everywhere in the city. Bokaro Airport is exclusively used by private aircraft of SAIL and visiting dignitaries. However, a new airport is coming up, as proposed by Airports Authority of India (AAI). The new airport would have the capacity to allow commercial airlines such as Airbus A320 to land and take off.

Bokaro at a glance