Bokaro is an industrial zone but has various tourist destinations to its credit. Located in the eastern region of the country in the state of Jharkhand, this fourth largest city of the state has various interesting places to visit including parks, religious places and a city center to have a good shopping experience. Bokaro tourism assures a memorable experience for all its tourists from the country and abroad. Bokaro Steel City is also the district headquarters of Bokaro and is one of the most industrialized zone in Jharkhand and India.

A Brief History of Bokaro 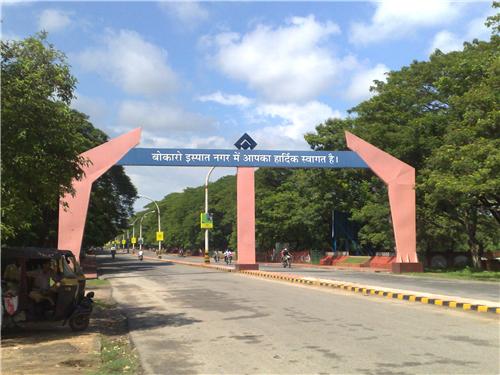 Bokaro is a fine example of a city that has rose from a remote small village to a industrial hub of India. The history as it goes is that in the deep jungles of Chhota Nagpur, was a small village called Maraphari which, post-independence, came into prominence when Pandit Jawaharlal Nehru, India’s first Prime Minister, planned to build the country’s first steel plant in collaboration with the Soviet Union. That’s how Bokaro Steel Plant was set up and over the years the city has made it to become the most important industrial zone of the country.

Tourist Destinations In and Around Bokaro Steel City

The city has many interesting places to visit that attract a large number of tourists every year. The city, in and around is engulfed with hills and rivers, creating a beautiful flora and fauna in this region. The prime sites of the city are: 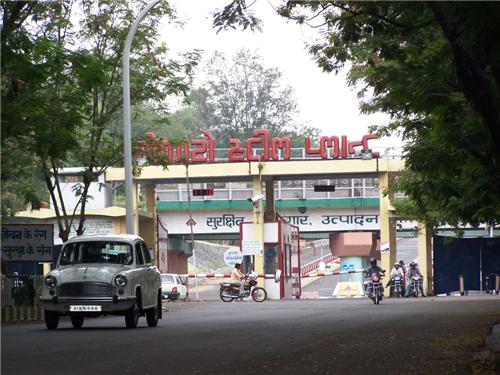 Bokaro Steel Plant: Bokaro is primarily known for its first ever steel plant. One of the largest steel plants of the country, it has an output capacity of more than five million tonnes of steel. Currently, the plant is undergoing a modernization program and due to increasing demand of steel over the years, all the blast furnaces of the company are operational together for the first time.

Garga Dam: The dam is constructed for the use of the steel plants and also for water supply to the people in and around the city. A idyllic spot for picnic, it is located 12 km from the city centre and has a lush surrounding. The variety of aquatic habitat in and around the dam makes it the ideal spot for school excursions and biological expeditions.

Parasnath Hills: Parasnath hills are a range of hills located near to Bokaro in Giridih district of Jharkhand. The highest peak is at 1350 metres. It is one of the most prominent Jain pilgrimage centres and in Jainism, it is also referred to as Shri Sammet Shikhar Teerth (Shikharji). The hill is named after Parasnath who was the 23rd Tirthankara. It is believed that some of the Tirthankaras attained salvation on this hill.

City Center: It is the shopping hub of the city and has ample parking space and wide market roads. The city centre is a one stop for everything from clothing, electronics, food joints and has all major Indian banks. Lately, new coaching institutes, small clinics and hospital has become a part of this market.

Bokaro Ispat Pustakalaya: The library has a collection of 40,000 books, including some important manuscripts. This books meet the reading requirements of the people in the city. Located near Bokaro Hotel, it is managed by the Bokaro Steel Plant Management.

City Park: The City Park is another tourist attraction of the city with an artificial lake and three artificial Japanese-styled islands. The park also has a guest house to host parties for the visiting dignitaries. The park hosts the famous annual Basant Mela (the Spring Fiesta) in February.

Jawaharlal Nehru Biological Park: Built in the late 1980’s, this is the biggest zoological park in Jharkhand. The park has animals and birds from different parts of the world and the main attractions are White Tigers, Royal Bengal Tigers and Asiatic Lions. There is also an artificial lake for boating and a dam. There is also a kids’ corner near the bear cage. In all, the park has something for its visitors of all age groups.

Jagannath Temple: A newly built temple located in Sector IV is a replica of the renowned temple in Puri, Orissa.

Aiyappa Mandir: Located in Sector V, it is an important social, cultural and religious meeting place for people from the south.

Rajrappa: Famous for the Chinnamasta Temple, it is tourist place situated on the bank of the confluence of the rivers Bhairavi and Damodar. The name Rajrappa is derived from the Rajrappa Mandir, situated 60 kms. from the city.

There are also many other temples in and around the city – Ram Mandir, Kali Mandir, Sri Sri Kalika Maharani Temple (in Chira Chas), Buddha Vihar, Gayatri Mandir and Sai Baba Sansthan. The tourist destinations are an integral part of Bokaro and its tourism. There are also some villages around the city.

How To Reach Bokaro?

Bokaro is well-connected to major cities by road and rail.

On rail, Bokaro connects with cities like Delhi, Varanasi, Patna, Ranchi, Hyderabad, Lucknow, Kolkata, Surat, Mumbai, Durg, Coimbatore, Amritsar,Visakhapatnam and others. Bokaro Steel City is situated 12 km from the city centre and is the main station of the city. It is under the administration of the South Eastern Railway Zone of Indian Railways. The station is a stop for all mail and express trains including Shatabdi Express, Rajdhani Express and Jan Shatabdi Express. The other stations within the city limit are Radhagaon, Tupkadih, Ispatnagar, Chas and Chandrapura.

NH-32 and NH-23 connects Bokaro to other parts of the country. While NH-32 passes through Chas whereas NH-23 passes through the main city.By road, the options are several for transport. From government buses, private and Volvo buses, private cars, taxi facilities, all modes of transport are available everywhere in the city.

Very soon, a new airport is coming up, as proposed by Airports Authority of India (AAI). The new airport would have the capacity to allow commercial airlines such as Airbus A320 to land and take off. 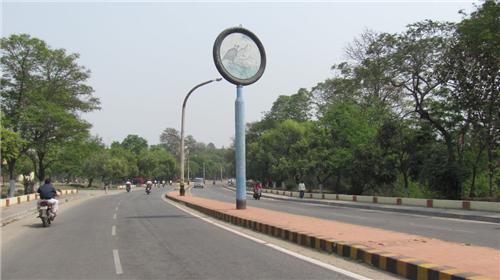 Where to Stay in Bokaro ?

Tourism in Bokaro not only offers quality tour across the city but also believes in good hospitality. The city has a number of good hotels that offers good service to all its esteemed guests. These hotels are equipped with all the state-of-the-art facilities to make a comfortable and enjoyable stay. Bokaro Hotel provides hospitality service to all SAIL officials and other distinguished guest to the city. There are various other hotels and state government owned circuit houses and guest houses, operated by the state government itself. The hotels in Bokaro strives to provide quality service to the tourists. These ranges from luxury to budget to economical hotels, based on the preference of the tourists. But given the preferences, each hotel in the city strives to provide excellent facilities and good hospitality. All the hotels are guest-oriented and provide untiring service to all its guests and are the most credible places to put up with.

Bokaro is an industrial zone and an important business centre so it has a lot of people arriving in the city for business purpose too. So the city not only has good number of hotels but also the amenities to comply with the standards and needs of their guests along with quality service.

There are many other hotels in the city that provides good accommodation and quality service to all its guests. The overall experience in Bokaro ensures relishing memories full of enjoyment and serenity. The city has tourists not only from India but also from abroad.

Certain travel tips to follow for a hassle free travel:

To enjoy a good stay in Bokaro, the best time to visit is anytime from September to March. The weather remains pleasant during those months for the tourists to travel and enjoy the tourist destinations. There are many Travel Agents and Tour Operators available for a smooth and safe trip of the city and can be arranged by the hotel administration.

Where to Shop in Bokaro?

The city has different markets to the demands of the tourists. Besides the daily food market, there are also many markets as shopping destinations for the tourists. The City Center is a one-stop-shop destination where everything is available from clothing to electronics. There are also few malls with latest brands to shop. Apart from City Center you can also visit Ram Mandir Market in Sector 1 to purchase variety of accessories ranging from cosmetic products to branded apparels. You can also visit Chas to purchase traditional garments and other popular items.